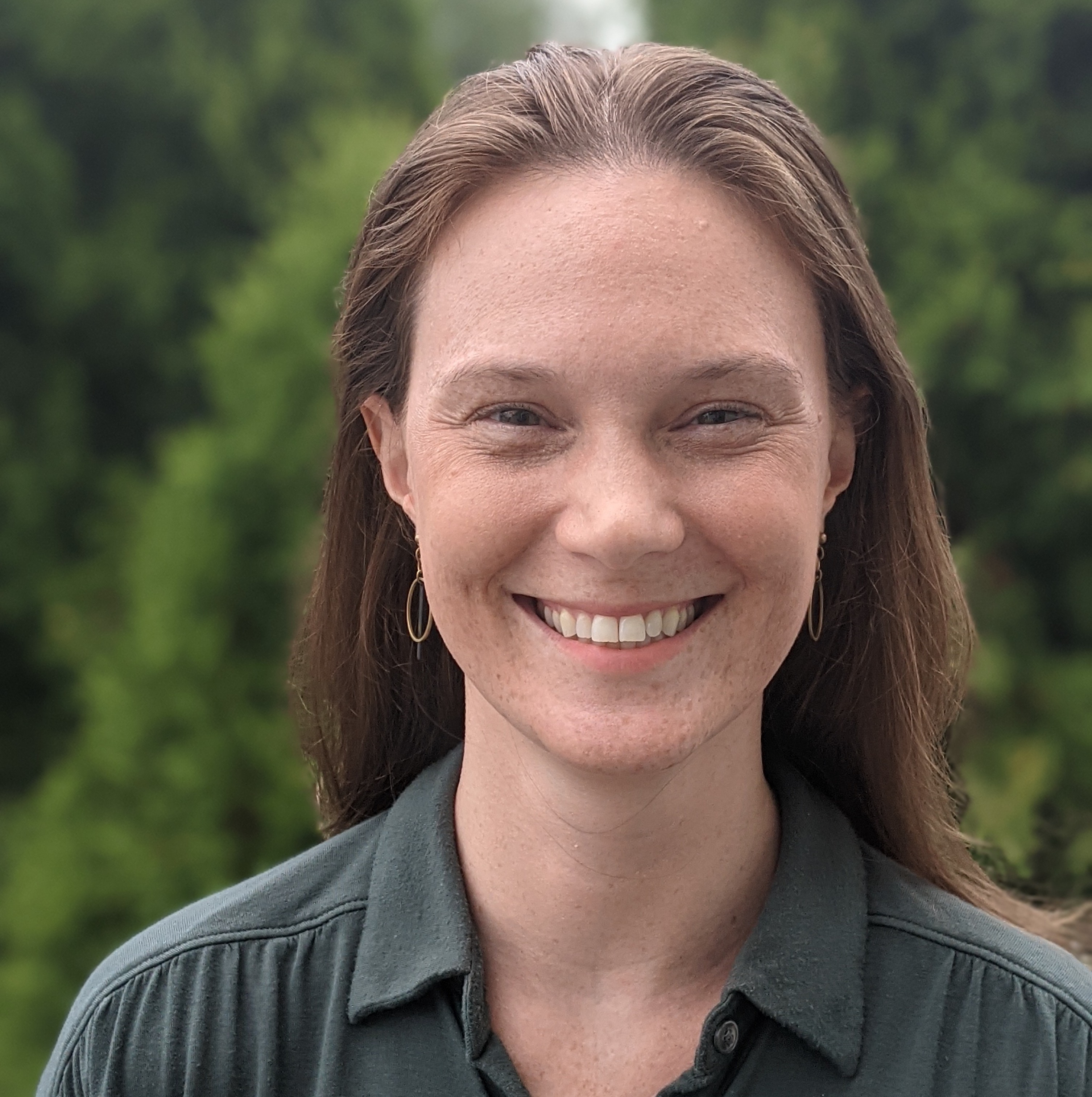 (An old github gist I wrote in 2017, testing that blog posts work.)

I’m noticing some pattens in the feedback I give to people when we’re doing lab practice talks, so I decided to write it down. None of it is that revolutionary, and I’m confident that at least some of it is directly from Ted Gibson (@LanguageMIT) & Rebecca Saxe (@rebecca_saxe) in particular. It’s all stuff I wish I had known when I started giving conference talks.

I find this model of The Audience to be helpful to think about when designing talks. It’s not meant as a criticism of scientists, audiences in general or anything like that. When I am in an audience, I consider all of the below to be true of me. It IS meant to provide a way of thinking of audiences as a decidedly non-scary or judgemental body. If there are people in the audience, it’s because they want to hear YOU talk (see point 1). Someone is probably going to have a negative opinion about you no matter what, and that’s okay. Also, this advice is written for the personality type of many scientists - careful, precise, conservative about the conclusions warranted by your data, nervous of offending someone by failing to take their theories into account. If building drama or ‘Ted Talk’ style speaking comes very easily for you, you probably don’t need this advice.

Note: my field is cognitive science. Like any group of humans, cognitive scientists have a culture, with norms, arbitrary customs, certain expectations about how to give talks, what makes a person seem compelling or not compelling, and so on. For instance, if you wear a suit to CogSci, you signal pretty strongly that you are some kind of ‘outsider’, either a brand new undergrad/grad at their first conference, or maybe someone from industry or another field (Exception: if you are very very good at suits, you may succeed in communicating that you are very very good at suits and don’t mind not looking like the ‘typical cogsci person’.)

Wear whatever the hell you want, but clothing is communication and it’s useful to know what you are communicating. Likewise for talks, study your field’s culture, and consider that context for talk style, structure, even powerpoint formatting.

Feedback welcome, email me at mekline@mit.edu; I’ll probably edit this as I think of things.

(1) The Audience doesn’t know anything.

Assume you know more than everyone in the room about almost every slide in your talk. A lot more. (Grad students: if you have been working on your project for over a year this includes your advisor, in at least some respects). Don’t condescend, but do teach. Assume people are very very smart but have NO idea what you’re talking about. Pick the professor in your department that you most admire and find the most intellectually intimidating, and consider that they spend effectively zero time thinking about verb argument structure (your topic goes here). By the end of the talk that person should not only understand what you’re saying, but why your question is so extremely cool.

Pay attention to The Audience, are they getting it? If you overdid it on the teaching/accessibility, it’s easy to speed up or move from accessible to specialist vocabulary. It’s much harder to go the other way and rescue the audience from terms and theories they have been failing to understand.

–> Cultural difference alert! This is a major distinction between cognitive science and linguistics. In cognitive science, if you went to a talk and didn’t understand it, you are likely to think the presenter did a bad job. In lingistics, it’s the speaker’s job to build credibility and common ground with your audience by quickly demonstrating that you and they share a vocabulary and familiarity with the same large body of scholarship.

(2) The Audience has no idea what’s going on and is very lazy.

They came in on slide 14, they are on their phone, they heard you define argument structure at the beginning but already forgot what it means. This is The Audience’s fifth talk without a break, and they do not want to work hard to understand what they are saying. Help them, and make them feel smart and engaged for understanding.

Very very standard talk advice: tell people what you’re going to show them, show them, then tell them what you just showed them.

Use outlines, remind people what they already know and where you are going. The Audience wants to have the feeling of ‘getting it’, but they don’t want to work for it. Build drama and suspense, and use foreshadowing so the audience feels smart for predicting what’s coming, or flabbergast them by springing a big suprise on them. Give people clues about how they feel about a particular argument or data pattern (surpised, because the theory didn’t predict that! Puzzled, because that line of argument doesn’t make any sense at all!)

(3) The Audience is distractable and confused.

Forget overall talk structure, they will go astray on individual slides. The Audience has the attention span of a gerbil and has trouble simultaneously looking at your slides and listening to you talk.

More very standard advice: Your slides are not your speaking notes. Every word on your slide is for the audience’s benefit; anything that is there to prompt YOU about what to say goes on notecards or the presenter notes fields.

At all times, The Audience is looking at the worst possible part of the slide for understanding what you are saying. If you are very, very lucky, they are looking at the last words or pictures that showed up. They are reading ahead, they are trying to interpret a picture and have made the wrong guess about what it is for, and consequently they are not listening to you talk. Control their access to information closely. Give them few words to read at a time, and don’t let them read them until the moment you are talking about it.

If there is a bullet list on your slide, reveal it a line at a time. Consider breaking up some of those bullets on separate slides. See point (2), The Audience didn’t read or doesn’t understand your slide titles anyway, and you will still have to help them along on every transition between topics, so you might as well make stuff large and easy to read.

This is DEFINITELY from Rebecca Saxe, who teaches it in her methods class. It feels extremely silly to do, but it is very very effective for getting people to understand your data. If you put up an entire graph, nobody is listening to you talk any more, because they are trying to figure out on their own what all those axes and colors mean, rather than listening to you explain it. Do it every time. (Yes, even if all your graphs are kind of the same. You can start saying things more briefly, but keep using the animation. Say when things are the same, they forgot already. “Just like always, we have IC1 on the left and IC2 on the right…”)

I do this in my slides with white/background-colored boxes that disappear, there are probably fancier ways to layer graphs if you are so inclined.

Step 0: Remind us one more time about the theoretical question this data is going to address (‘We want to find out whether people take this information into account when learning a new verb’.)

Step 1: Start with literally two lines, one vertical and one horizontal (or however your axes are).

Step 2: Add the label and tick marks for the y axis, explain what it is and what the units mean. Sometimes I like to use pictures and other visual aids to help people remember what a value each end of an axis means.

Step 4: One at a time, bring up the legend for colors or any other markers that will appear in the graph, explaining what each one means (‘Red is condition 1, blue is condition 2’)

Step 5: Tell us exactly how these axes will answer the question (‘so, this graph will show us how people’s reaction times are affected by the kind of information they have about the verb.’)

Step 7: Put up the data in small groups, in whatever steps make the most sense for explaining the outcome (e.g. all the dark blue bars, or the first group of responses, or whatever fits the discourse structure you want to use and the data you are showing.)

Special condition: If you are contrasting two hypotheses, or if you are going to be showing data in an unfamiliar format (example: a best-fit gradient instead of a best-fit line), consider showing us cartoons of how the data would look if it perfectly matched different predictions. I like to draw these by hand rather than generating fake data to make it clear that it’s a caricature/prediction.

You May Also Enjoy

Time to explain the title of my website: “It’s a text file, and other secrets”.